Dr. Kobienia discusses the full face lift procedure that he performs at his Edina plastic surgery practice. This procedure can enhance the face, neckline, and jawline to give a much younger appearance. He can conceal the scars behind the ears or beneath the hairline.

A face lift iridectomy is a technique where we are removing some redundant skin of the face, and chin, and neck area, and tightening up some of the under structures to improve the contour of the neckline, the jawline and the cheeks. A person who is a good candidate for this is somebody who has had some aging occur to their skin. Some descent, some effects of gravity will pull on their face, or they'll see that they have more wrinkles than they had before. Somebody who has lost some of the elasticity of the tissues of the face, gets frustrated with the appearance of their jawline, their neckline. That's the ideal candidate for a face lift. Depending on how much extra skin is needing to removed, that dictates what kind of technique may be useful. Somebody who's a little bit younger, who doesn't have problems with the neck, but just really needs to have a little cheek lift, you can do that through an incision simply in front of the ear. If somebody is a standard face lift patient, somebody, perhaps, in their late 50s, early 60s, who has a neck issue as well, then a standard face lift incision would involve those incisions that go up to the hairline, in front of the ear, as well as behind the ear into the hairline in the occiput region. So, what the problem is to begin with sort of dictates what incision type we use. We take an individualized plan for each person depending on where they're at. It may be as simple as not doing anything major. If it's a young person who simply has extra fat in the neck, they can get away with simple liposuction and don't need to do a traditional face lift. If it's somebody who's older, who has some relaxation of the skin, that won't go away on its own, and occasionally we have to remove that extra skin. That's essentially what we do with this. It's simply a matter of trying to get you to be a little bit more refreshed, a little tidier, a little less tired looking, and that, to me, is really what you should hope for when you're doing one of these interventions. 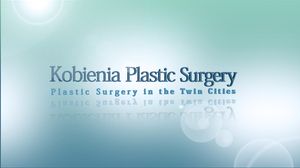